Even though I truly love Ellie and Emma, I so miss my life.  I miss living in Midtown.  I miss doing what I wanted when I wanted to do it (as in not having someone dependent on me).  I miss my crazy-ass relationship with Jay and our fun Saturdays.  I miss my friends and walking to Piedmont park whenever I wanted.

Don't get me wrong, I'm very grateful for Mike and his generosity and having us live here, but I still miss all that.  But it is nice not having to pay rent.  It's nice having all the cable channels I don't even have time to watch.  It's nice to sit and watch two beautiful children grow and crack up at all of the funny things Ellie says and does.

I'm slowly getting my things put in place and trying to make this apartment my temporary home, but it's still sad at times.

Things I'm happy about:
1. Watching/hearing how Emma stops crying when she hears my voice because right now I'm the most important person in the world to her.
2.  Taking care of Emma and watching her grow.  She has just started smiling on her own and it's a damn cute smile.
3.  Watching Ellie and laughing at how funny he his.
4.  Ellie's hair (altho I am going to get it trimmed very soon - a good friend made a really cool suggestion for it and I think it might work).
5.  Being with all of my pets again
6. Not having to pay regular monthly bills (mortgage/rent, utilities, cable, internet)

Well, I know I'm behind in my blogging, but thought I'd post this short one.  Heading to Knoxville tomorrow to finish Christmas with Shane and his kids.  We'll be back Sunday.

They took the deals

I know I'm several blogs behind.  I've been pretty busy lately and just haven't taken the time to write.

1.  I'm no longer in LA
2.  The baby was born on 11/22/2013 (7lbs, 1oz) - her name is Emma Kay Lynne Woodson
3.  I about had a nervous breakdown when I learned Shelby was in the hospital  - guess it was kind of like a culmination of events and the birth would mark the true end of one phase and the real beginning of another.  I dunno, that's my self-psychoanalysis.
4.  She is beautiful
5.  I started a Tumblr log for Shelby and my goal is to make at least one post each day - that way when she gets out, she'll be able to see what the kids did each and every day.  If you wanna keep up too, you can follow it at http://ellie-emma-world.tumblr.com/.  I chose Tumblr because of the ease to post.  They have such a great app and it's a solid site.

Me breaking down (I honestly forgot how to get dressed and couldn't find shoes to put on for about 30 minutes - it was pretty bad: 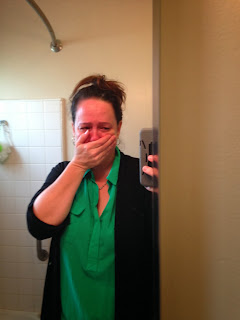 Baby Emma (she was born before I could get to the hospital): 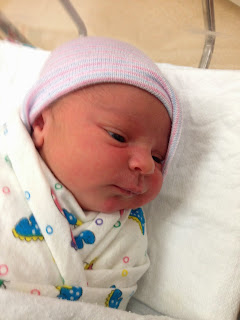 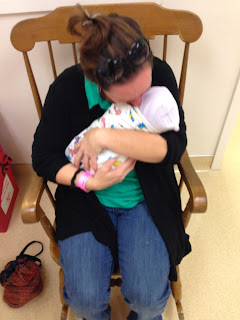 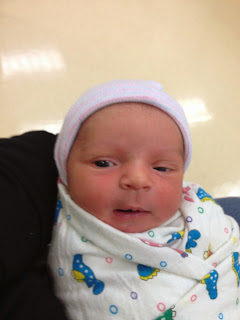 So, yesterday, Shelby and Ebony went back to court.  Remember last time, Ebony screwed everything up by rejecting the deal.  I was able to go see him at Pitchess Detention Center before leaving California and talk to him about it.  By the time I left, he said he would agree to deal.  He also said he would agree to signing the guardianship papers.  The former he did, the latter is still yet to be seen.

So, here are the deals that were finally offered by the DA and accepted by Shelby and Ebony.

Now the way it'll play out is like this: Shelby will serve 85% of her sentence (which comes out to about three years and two months - including time already served) and Ebony will serve 50% of his sentence (which is about seven months, including the time already served).  They will both be eligible for parole after serving the percentages of their time.  Ebony got to serve at a 50% rate because they reduced the charge from Robbery to Attempted Robbery.  Since I wasn't there yesterday, I don't know the reasoning behind the reduction in his charge.  It is frustrating though.

Shelby is going to try and paroled in Georgia.  I don't know if Ebony will do the same, or not.  In order to parole in Georgia, each of them will have to petition the Georgia State Parole Board and ask that they accept them.  I don't know the likelihood of it happening or not.  I also do not know how long they will be on parole, but I assume it would be for the remaining part of their original full sentence.

The sentencing will take place on December 19th.  Shelby's lawyer is asking the judge that Shelby be sent to the California Institution for Women, located in Corona.  It will ultimately be up the Board of Corrections to where she gets sent.  Ebony will serve his sentence in Pitchess Detention Center, which is north of LA and where he's currently incarcerated.
Posted by Paula at 1:46 PM No comments: